Madden Streamers Are Going On ‘Strike’ Over In-Game Gambling Odds 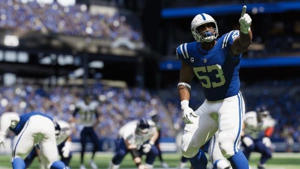 
Some of the biggest streamers in the Madden community have announced they’re going on “pack strike”, creating a hashtag and refusing to spend any money on Madden 23’s Ultimate Team mode until publisher Electronic Arts make some changes.

As Polygon report, the streamers—who for sports games like this are a huge part of the online community—have created the hashtag #packstrike, and are urging all players, not just their content-creating peers, to refuse to spend a cent on Ultimate Team until EA addresses their concerns.

Zirksee, speaking for both himself and “other creators in the community”, shared the group’s demands earlier today, saying they’re asking for, among other things, “better rerolls” and “better pack odds overall” when opening the more expensive player packs:

Myself and other creators in the community have decided to go on a pack strike. With the massive issues going on in Madden 23 we need changes. DON’T BUY POINTS! Here are the things we want to see changed👇🏻JOIN US TO HELP MAKE THIS HAPPEN! #packstrike pic.twitter.com/30oQOsxYca

Like I’ve said only this week, there are no amount of tweets, reviews or comments that can make publishers walk back the extent to which they’ve monetised major sports game series in 2022. The only thing that moves the needle with these companies is money, and so the only way for disgruntled players to get their point across is to withhold that money.

So seeing content creators mobilise as a means of protest is heartening! Though it’s also wild to consider that a decade of turning sports games into shakedowns has normalised things to the extent that people are “striking” not to have the modes thrown out, or made entirely free considering you have already spent $60 on the game. No, they just want the odds of their favourite game mode—a mode that is essentially built on gambling, something many governments are now legally investigating—changed to be a little more in their favour.

It’s like asking your prison warden for fluffier pillows. It remains to be seen of course how successful this “strike” will be, but if it does have some kind of impact with EA Sports, I’d hope this at least sets a precedent for sports game fans—if they’re really as sick of this constant nickel-and-diming as much as they say they are—to start taking some more drastic action.