Gambling regulators stirred from slumber after Crown and Star revelations, yet further action is needed 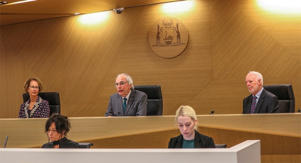 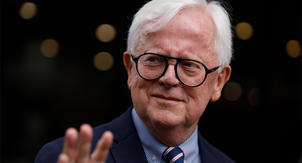 
The past two years have been a killing season for state-based gambling regulators, as politicians in Victoria and Western Australia have cleaned out the old guard in response to investigative reporting into casinos by Nine’s Nick McKenzie along with the royal commissions that followed.

Catherine Myers was CEO of the Victorian Commission for Gaming and Liquor Regulation for almost eight years, but when Ray Finkelstein’s report into Crown Melbourne was released in October last year, she was out the following month and her agency was completely restructured.

Over in WA, Michael Connolly was the state government’s “chief casino officer” and got towelled up by its royal commission after revelations about cosy fishing trips and email banter with the brass at Crown Perth. He was immediately stood down and it was publicly declared he would never work in casino regulation again.

Up in Queensland, there is no independent gambling regulator, with casinos instead overseen by the Department of Justice and Attorney-General, through a division known as the Office of Liquor and Gaming Regulation. Victoria Thomson has been the sole commissioner since October 2019 and survives to this day, but the government is under pressure to make changes, such as by establishing a new independent specialist gambling regulator. 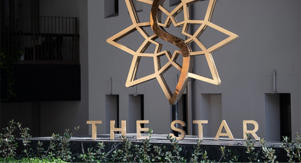 This brings us to NSW, where Philip Crawford was appointed chairman of the Independent Liquor and Gaming Authority (ILGA) in June 2016, which has seemingly been asleep at the wheel for years as all sorts of dubious activity was going down at Sydney’s Star Casino.

However, when McKenzie launched his nuclear hit on Crown Resorts in July 2019, Crawford’s ILGA came out swinging with an inquiry into the suitability of Crown to ever open its new high-roller Sydney casino at Barangaroo.

If there was a support network for gambling regulators in Australia, Crawford tore up his membership as his original Crown inquiry with Patricia Bergin SC effectively threw Crown’s WA and Victorian regulators under the bus, with many subsequently losing their jobs.

And when Star Entertainment’s chairman John O’Neill publicly declared his company was clean when compared with what was being revealed about Crown, Crawford remained silent, even as Star announced an audacious merger proposal with Crown in May 2021.

It wasn’t until McKenzie unloaded on Star in October 2021 — 27 months after his original Crown hit — that ILGA turned its attention to its long-standing, home-grown monopoly casino at Pyrmont, commissioning an inquiry by Bergin’s counsel assisting Adam Bell SC. This was initially going to be a private affair and then transitioned to public hearings at Bell’s insistence.

Crawford ended up delaying the opening of Crown’s Sydney casino for almost two years — rejecting the board’s push for a December 2020 opening and finally giving the green light in August this year.

Yet all the while its cross-town rival Star was trading away under the nose of ILGA, using dodgy junket operators like Sun City right up until December 2021, when its CEO Alvin Chau was arrested. While Crown Melbourne dressed up $164 million in high-roller gambling spending as hotel spending using the China Union Pay ruse, at Star’s Sydney casino the same trick was used for a whopping $908 million worth of gambling revenue.

The Bell Report makes for shocking reading and Star arguably looks even worse than Crown, although the senior barrister stops short of labelling ILGA a failed regulator. Instead, Bell lays all blame on the now-departed Star executives, such as CEO Matt Bekier, and concludes that poor old ILGA had been wilfully misled by untrustworthy casino executives.

Even Nick McKenzie seems to be giving ILGA and Crawford an easy time, which is understandable when he keeps calling inquiries into his revelations.

As for the out-of-control NSW pubs and clubs, Crawford has done little during his six years in charge to tame their empires, which are now draining around $7 billion a year from NSW pokies gamblers.

And when it comes to reform, it won’t do much good reducing cash play at Sydney’s two casinos to stamp out money laundering when it is still lawful to load up $7500 in cash into pokies machines spread across 2600 NSW pubs and clubs. What is Crawford doing about that? Waiting for another Nick McKenzie special report to then appoint Adam Bell SC to conduct an inquiry that will conclude that, yes — shock horror — there is large-scale money laundering in NSW pubs and clubs.

Crawford is clearly a clever politician and media manager, having avoided criticism for his poor regulation of The Star before then scoring himself a promotion off the back of good work by a gun group of lawyers who skewered both Crown and Star. Rather than being held to account, Crawford has now become the inaugural “chief commissioner” of the newly created NSW Independent Casino Commission (NICC).

It’s hard to understand what his credentials are for being the new cleanskin chair, although the recently installed NSW Gaming Minister Kevin Anderson reckons he has “a comprehensive understanding of the regulatory issues facing modern casinos and the need to fundamentally reset the way they operate”.

Anderson, of course, was appointed gaming minister at the behest of the pubs and clubs when his predecessor, Victor Dominello, pushed too hard to eliminate cash across NSW pokies venues.

Clubs NSW is clearly revelling in the power it still enjoys, even going so far as to legally hound an internal whistleblower, Troy Stolz, who is battling terminal cancer. Is Philip Crawford comfortable with entities that he regulates behaving like that? It seems so.

The post Gambling regulators stirred from slumber after Crown and Star revelations, yet further action is needed appeared first on Crikey.